Learn more
Size750mL Proof93 (46.5% ABV) *Please note that the ABV of this bottle may vary
A super limited offering from The Macallan, this sherried expression sits at the very top of their 1824 series and is as rich and deep as they come.
Notify me when this product is back in stock. 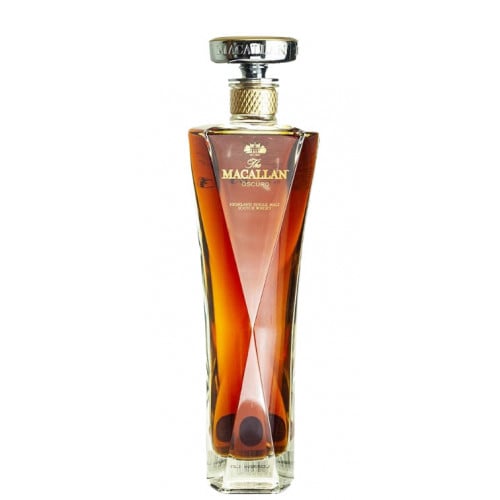 The Macallan Oscuro (Spanish for "dark") is a super limited sherried single malt that is as rich and dark as the name implies. Positioned at the very top of the 1824 series, it's made from whisky that has been distilled between 1987 and 1997. It is taken from Oloroso sherry oak casks, many of them first fill, cut to 46.5% with spring water, drawn from deep under the estate, then matured for at least and additional half a year in order for the flavors to finally come together in harmony. It comes in a luxurious decanter within a stunning display box.

Oak, forest fruit, vanilla and chocolate, as well as orange on the nose. Delicate fruit, deep sweetness, spice. Dried figs, oranges, apples. Full and lingering finish is warming with a touch of smoke.