Use code CORGI5OFF to get $5 OFF
Notify me when this product is back in stock. 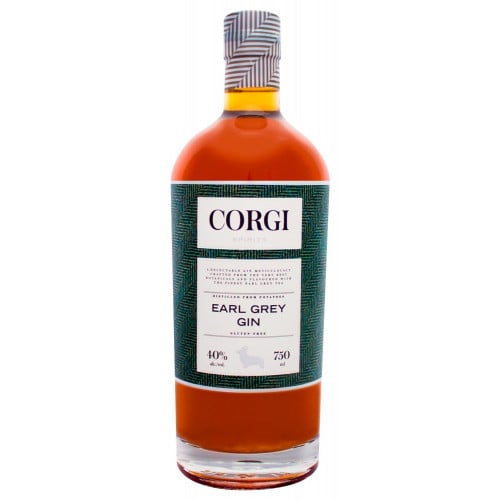 Founded in 2017 by Bob Hagemann and owned by his parents Bob and Nancy, Corgi Spirits is a family-run craft distillery, the first and only one in Hudson County New Jersey. It was Hagemann's fascination with all things British that led to the company's logo, a Corgi wearing a crown. The breed perfectly represents the nature of the distillery. Playful and fun, yet regal and distinguished as well, the breed being owned by the Queen of England herself.

The distillery was named New Jersey Distillery of the Year twice in a row and their small-batch spirits have garnered several other awards. Their range goes from gin (Earl Grey Gin, Pembroke Gin, and Barrel-Rested Gin) to whiskey (Cardigan Whiskey), vodka, to seasonal spirits such as the Very Merry Gin, Bee Blossom Gin, and Garden Party Gin. The gins and vodkas are made from potatoes, making them super-smooth as well as gluten-free. If you're in the area they offer tours and tastings in their tasting room and on their outdoor patio.

The award-winning Corgi Earl Grey Gin is distilled with Earl Grey tea and bergamot citrus peel for a bright and fragrant aroma with prominent black tea notes. They suggest trying it with various cocktails, pairing particularly well with lemon, honey, mint, and tonic. It's bottled at 80 proof and caffeine-free as well.

It's bright on the nose with citrus and juniper notes, as well as some green notes, herbs, and black tea. The Earl Grey is more apparent on the palate with a minimal sweetness that culminates in a medium-long finish.