Size750mL Proof105.4 (52.7% ABV)
Coming from the oldest distillery on Islay, this premium single malt first spent 15 years in sherry and ex-bourbon casks and another 12 years in oloroso butts. Bottled at cask strength of 105.4 proof, this is an exquisite high-end whisky. 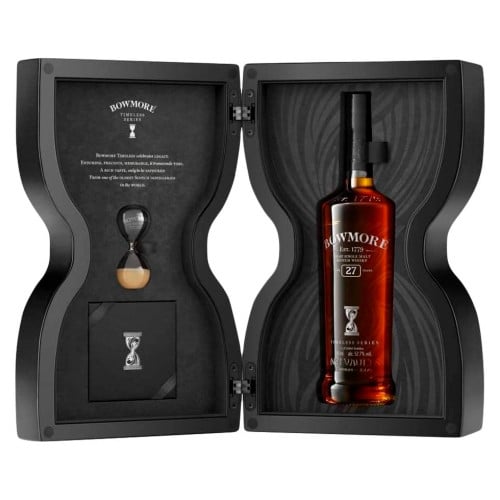