Size750mL Proof88.4 (44.2% ABV)
Aged 26 years, this is some of the oldest Lagavulin whisky to be released. Matured in a combination of first-fill Pedro Ximenez and Oloroso seasoned sherry casks, the rich and smoky 88.4-proof expression is limited to 7,542 bottles worldwide.
Notify me when this product is back in stock. 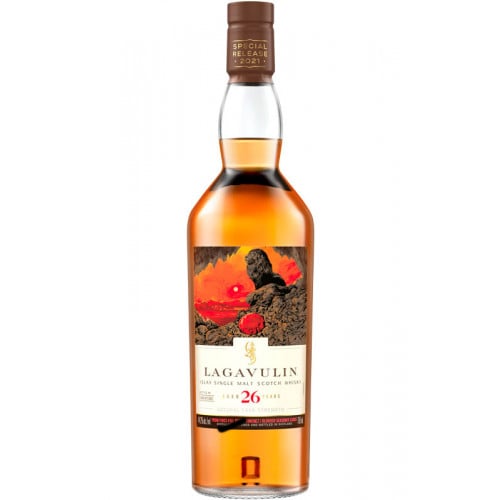 Diageo's 2021 Special Releases Collection follows the theme of hidden stories within iconic distilleries, connected via mythical creatures depicted on the bottles. Lagavulin 26 Year Old was aged in a combination of first-fill Pedro Ximenez and Oloroso seasoned sherry casks. It's a rich and smoky 88.4-proof expression that is limited to 7,542 bottles worldwide.

The nose opens with a combination of wine and wood aromas with baked figs and peat. The savory palate has brine, pepper, and plenty of Lagavulin's characteristic smoke notes. The finish is long and sweet.