Size750mL Proof80 (40% ABV)
Plantation Isle of Fiji rum is a delicious sipping rum, which was first aged for 2 to 3 years in Bourbon casks in tropical climate, and then shipped to France to mature for an additional year in French oak casks.
Notify me when this product is back in stock. 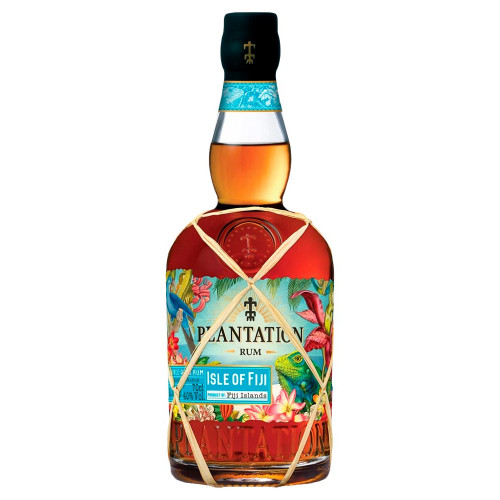 About Plantation Isle of Fiji Rum

Plantation Isle of Fiji rum is an ode to the beauty of the Fiji Islands. This rum is distilled from molasses produced in the processing of locally grown sugar cane. It is made by the RUM Co. of Fiji Distillery, which distills the spirit in a pot still and column still after 4–5 days of fermentation. The rum is then aged for 2 to 3 years in Bourbon casks in tropical climate, and for an additional year in continental climate in French oak casks. The result is a delicious sipping rum, with warm notes of exotic fruits and raisins. The colorful bottle comes in a raffia sleeve, which pays tribute to the history of rum.

The nose is intense: it starts with notes of molasses, pear and varnish, and becomes fruitier and spicier with apple, banana and gooseberry, and nutmeg and vanilla with a hint of smoke. The rich and round palate has vanilla fudge, honey, ginger and fruity notes of prune and coconut. The finish is very long, with dried banana, bourbon and allspice.