Size750mL Proof80 (40% ABV)
This beautiful gold rum from Bacardi is based on a family recipe dating back to 1862. Deep, layered, and complex, it shines through in an Ocho Old Fashioned. 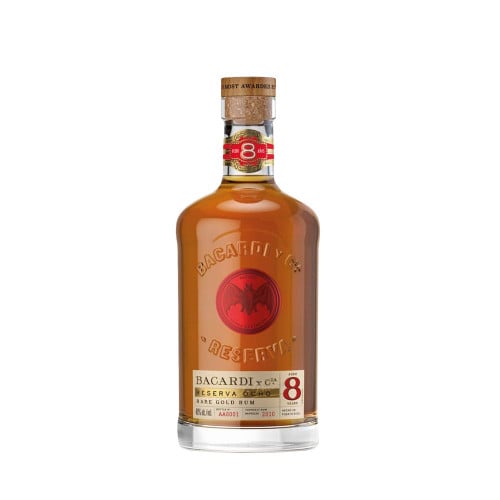 Based on a family recipe that dates back to 1862, Bacardi Reserva Ocho is also called the Family Reserve. A complex golden rum, it offers deep, layered flavors of dried fruits, spices, and oaky vanilla. Aged for at least 8 years and bottled at 80 proof, this beautiful and rare gold rum really shines through in an Ocho Old Fashioned.

The nose greets aromas of dried apricot and banana leaf. The palate is packed with flavors of oak and spices. The finish is expansive and well-rounded.