Size750mL Proof80 (40% ABV)
This expression is a blend of some of the finest single malts. The blend was finished for 6 months in first-fill Oloroso sherry casks that never held whisky before ― "Naked" casks, as they call these. The whisky has garnered several of the most prestigious awards.
Notify me when this product is back in stock. 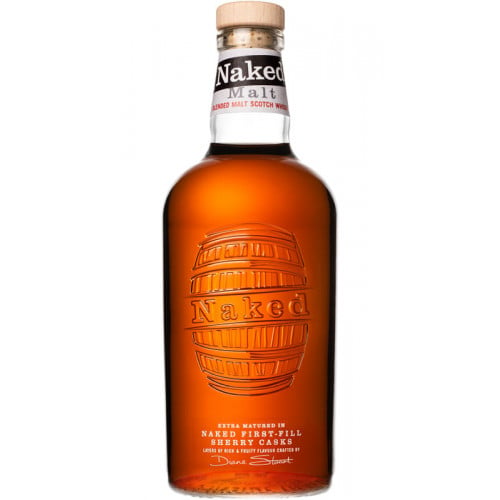 The Famous Grouse was first produced by Matthew Gloag & Son in 1896. Owned by The Erdington Group, its emblem is Scotland's national game bird: the Red Grouse. Gloag, a grocer and wine merchant at 22 Athole Street Perth, Scotland, initially purchased whiskies from distilleries around Scotland. He was also invited to supply the wines for Queen Victoria's royal banquet. The Famous Grouse became the highest-selling whisky brand in Scotland since 1980. At the heart of the company is the philosophy that founder Matthew Gloag sought to instill in his employees and suppliers with the skills and expertise to create the perfect, best quality blended whisky. Over time, the brand gained extreme popularity, eventually being renamed “The Famous Grouse.”

First released in 2011, the Naked Malt has been relaunched as its very own brand. This modern whisky is a marriage of some of the world’s finest single malts. After these were matured separately in first-fill and refill American and European oak casks, they are blended and finished for 6 months in "Naked" first-fill Oloroso sherry casks ― "naked" referring to the fact that these casks never held whisky before. Bottled at 96 proof, it's a versatile and rich whisky with notes of toffee, apple, spice, vanilla, raisins, and sultanas. The expression has won a Double Gold Medal at the San Francisco World spirits Competition in 2019 as well as a Gold Medal at the International Spirits Challenge in 2020.

Get your bottle of this versatile blended malt whisky today!

The nose opens with creamy and buttery toffee aromas, along with apple, spice, and a pleasant sweetness. You'll find vanilla custard, cooked fruit, raisins, and sultanas on the palate. The finish is rich and sherried with lingering dried fruit and spice.