This product is available in: CA, DC, FL, MN, NY Unfortunately, we can't ship to PO Boxes and APO addresses.

Size750mL Proof80.4 (40.2% ABV)
A Song of Ice is inspired by the Direwolves as the sigil for the House of Stark, showcasing malt whisky from Clynelish distillery.

This product is available in: CA, DC, FL, MN, NY Unfortunately, we can't ship to PO Boxes and APO addresses. 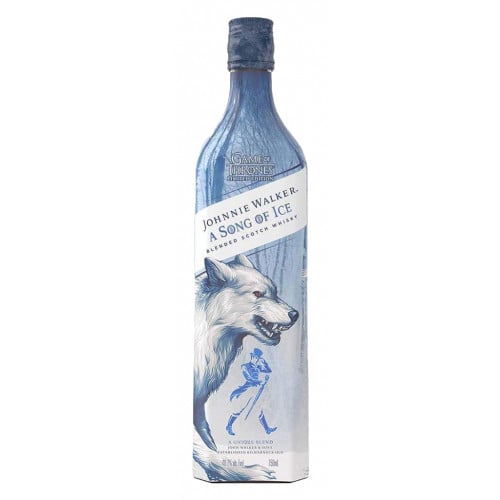 About Johnnie Walker A Song of Ice Blended Scotch Whisky

Johnnie Walker A Song of Ice and A Song of Fire are two new Scotch whisky blends that honor the enduring legacy of Game of Thrones. A Song of Ice is inspired by the Direwolves as the sigil for the House of Stark, showcasing malt whisky from Clynelish distillery. This whisky blend has a crisp, clean taste with green and grassy flavors and notes of vanilla and tropical fruit. Bottled at 40.2% ABV this Scotch is best served over ice (of course).