Learn more
Size750mL Proof96.8 (43.4% ABV) *Please note that the ABV of this bottle may vary
This 12-year-old single malt is part of the new core range for Mortlach, boasting a signature meaty profile achieved through a 2.81 times distillation process coined "The Way.” 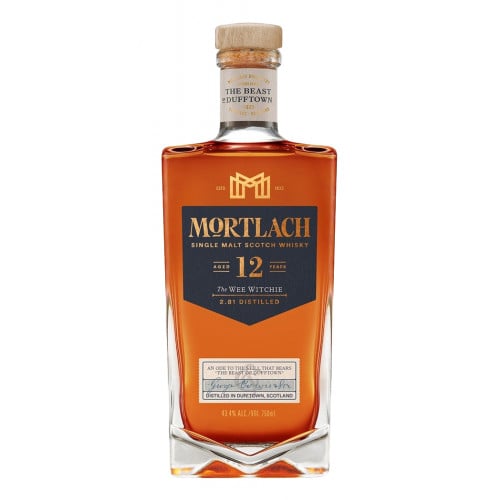 This 12 Year "The Wee Witchie" single malt is part of the new core range for Mortlach (replacing their Rare Old, Special Strength, 18 Year and 25 Year). Mortlach whiskies have a signature meaty flavor profile, achieved through a 2.81 times distillation process coined "The Way.” Aged in a combination of in ex-sherry and ex-bourbon casks this Mortlach beast is bottled at 43.4% ABV.

Honeyed notes on the nose with dried fruits, spice, crisp pear, cocoa and cinnamon. The palate is sweet with toffee, dried fruits, malt, spice and a hint of vanilla, cocoa and nuttiness. The finish is medium bodied with notes of malt, dried fruit and spice.