Learn more
Size750mL Proof80 (40% ABV) *Please note that the ABV of this bottle may vary
Glen Moray 16 Year Old is aged for 16 years in a combination of ex-bourbon and ex-sherry casks before it's finished in casks that previously held Chenin Blanc white wine. Rich, sweet, and complex with a velvety character.
Notify me when this product is back in stock. 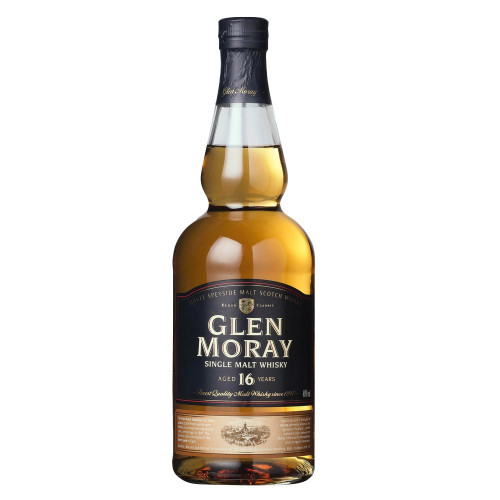 Part of Glen Moray's experimental collection, Glen Moray 16 Year Old is aged for 16 years in a combination of ex-bourbon and ex-sherry casks before it's finished in casks that previously held Chenin Blanc white wine. This stunning Speyside single malt boasts a bold character and a palate packed with succulent fruits, creamy oak, and vanilla custard. Bottled at 80 proof, expect a spectacular, creamy, and warming finish.

The nose offers thick toffee, chocolate digestive, and a hint of berries. A sweet, full and well-rounded palate is packed with flavors of succulent fruits, creamy oak, and vanilla custard. The finish is spectacular, creamy, and warming finish.