Size750mL Proof96 (48% ABV)
Lagavulin 8 Year Old Single Malt Scotch Whisky is aged for eight years in refill American oak casks. The whisky has an aroma of sea breeze, charcoal and citrus fruit, along with notes of old wood, breakfast tea, black currant and mint. The palate is distinctively Lagavulin, with complex smoke notes fading into cedar and ocean spray.
Notify me when this product is back in stock. 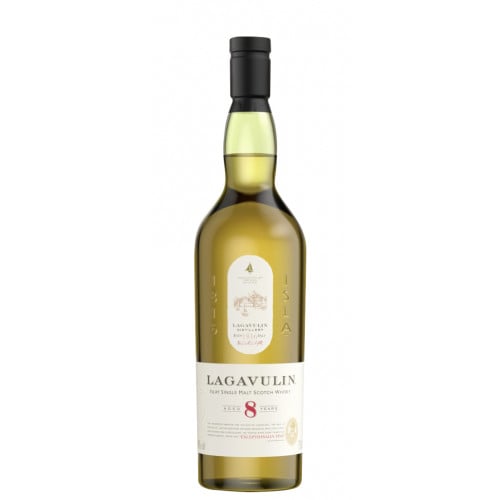 Distillery manager Georgie Crawford wanted to create a special whisky that would capture not only Lagavulin’s signature flavor, but “the feeling of the place.” To do so, she took inspiration from famed whisky writer Alfred Barnard, who after visiting Lagavulin in the 1880s and sampling an eight-year-old whisky (which was quite old for the period), found the whisky “exceptionally fine,” noting that “no prettier or more romantic spot could have been chosen for a distillery.”

Lagavulin 8 Year Old Single Malt Scotch Whisky is aged for eight years in refill American oak casks. The whisky has an aroma of sea breeze, charcoal and citrus fruit, along with notes of old wood, breakfast tea, black currant and mint. The palate is distinctively Lagavulin, with complex smoke notes fading into cedar and ocean spray.

Make sure to pick up your bottle today!

Aroma of sea breeze, charcoal and citrus fruit, along with notes of old wood, breakfast tea, black currant and mint. The palate is distinctively Lagavulin, with complex smoke notes fading into cedar and ocean spray.