Learn more
Size750mL Proof80 (40% ABV) *Please note that the ABV of this bottle may vary
The Macallan Gold Double Cask is part of the Double Cask range which marries The Macallan's classic style with the unmistakable character of The American oak.
Notify me when this product is back in stock. 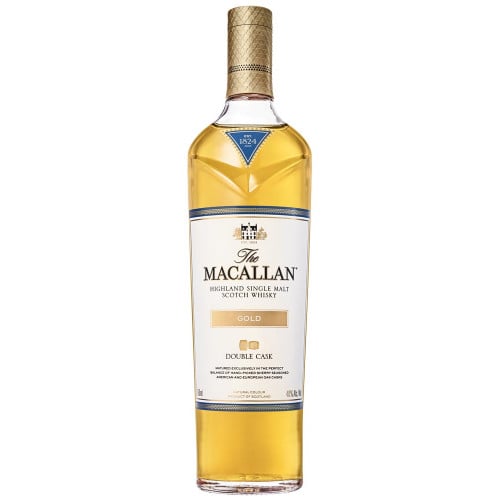 The Macallan Double Cask Gold is part of the Double Cask range which marries The Macallan's classic style with the unmistakable character of The American oak. The impeccably aged Scotch gets its rest in a combination of sherry-seasoned American oak that add delicate vanila and sweet citrus notes while the European oak casks impart this rich and subtly spicy dram with a naturally burnished gold color and flavors of cinnamon, baked apple and toffee.

Compelling aromas of vanilla, complemented by orange cream and spice on the nose. The palate is smooth with a luscious mouthfeel, followed by sweet desert notes, apple, cinnamon, toffee, and spice. The finish is smooth with ripe fruit and subtle sherry.

2.7 out of 5
(1 reviews)
Write a review
Real email address is required to social networks
Sign in
Login with Google
Login with Facebook
Or
We also recommend