Learn more
Size750mL Proof92 (46% ABV) *Please note that the ABV of this bottle may vary
Ring in the Lunar Year “The Year of the Rat” on January 25th, 2020 with this highly anticipated Johnnie Walker Blue Label Limited Release.
Notify me when this product is back in stock. 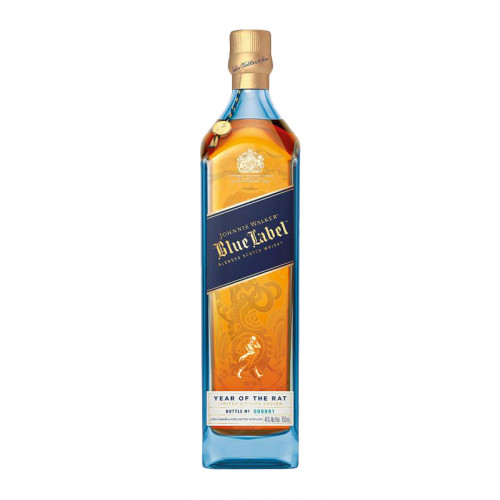 Johnnie Walker Blue Label Year Of The Rat is the latest release from Johnnie Walker’s Zodiac Collection. This limited edition design was created in honor of the “Year Of The Rat” a celebration of the traditions of Asian culture and incredible longstanding heritage of the Chinese Zodiac.