Learn more
Size750mL Proof92 (46% ABV) *Please note that the ABV of this bottle may vary
This Compass Box blend is comprised of well-regarded malt whiskies from the Glen Elgin Distillery near the village of Longmorn, Speyside.
Notify me when this product is back in stock. 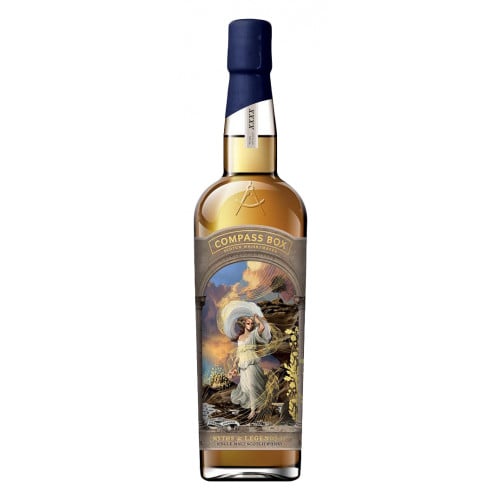 This whisky is comprised of well-regarded malt whiskies, a combination of barrels from the Glen Elgin Distillery near the village of Longmorn, Speyside. These remarkable barrels impart notes of tropical fruit and butterscotch. Myths & Legends II is further enriched by a deep and enchantingly aromatic smoke profile.
Pick up your bottle today!