Learn more
Size750mL Proof92 (46% ABV) *Please note that the ABV of this bottle may vary
The Circle is based around a parcel of fruity and creamy single malt from the Tamdhu Distillery in Speyside.
Notify me when this product is back in stock. 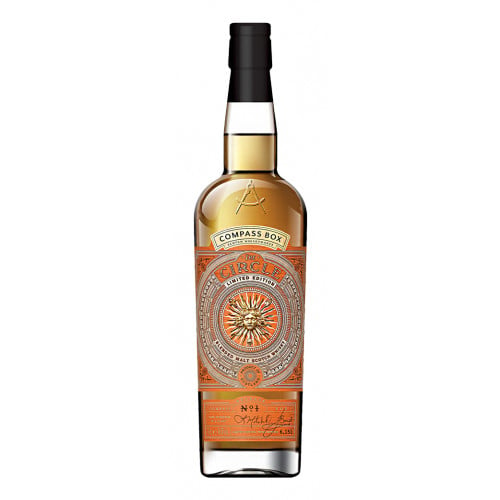 Compass Box Hedonism is a unique blend of grain Scotch whisky. Nearly a century ago, grain whiskies were common across Europe, but were overtaken in terms of popularity when the larger distilleries in Scotland began focusing on single malt whisky. "When good Scotch grain whisky is aged in good quality American oak casks, the results can be stunning," says Glaser.

Bursting with apple, vanilla and malty notes. A very delicate hint of smokiness is noticeable on the finish.