Size750mL Proof86 (43% ABV)
After 23 years this special Scotch whisky was finished for 6 months in first fill Oloroso Sherry butts.
Notify me when this product is back in stock. 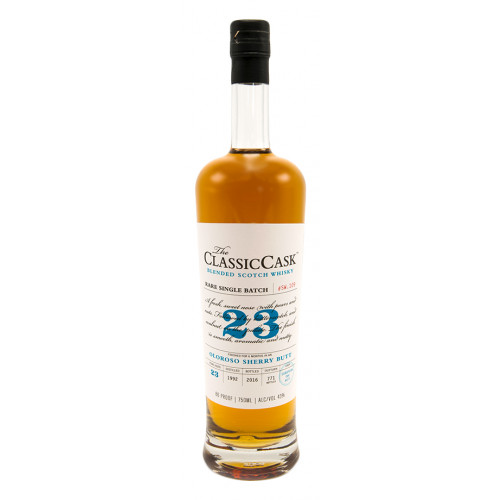 This Classic Cask 23 Year Old Oloroso Sherry Finish is part of a series of four twenty-three year-old Spirits released in tandem. After 23 years this whisky was finished for 6 months in first fill Oloroso Sherry butts. Antique mahogany in color the Oloroso finished bottlings have a fresh sweet bouquet, that exhibit pears and nutty aromas. Butterscotch and walnut are prominent on the palate followed by an extraordinarily smooth finish.

A fresh sweet bouquet, that exhibit pears and nutty aromas. Butterscotch and walnut are prominent on the palate followed by an extraordinarily smooth finish.