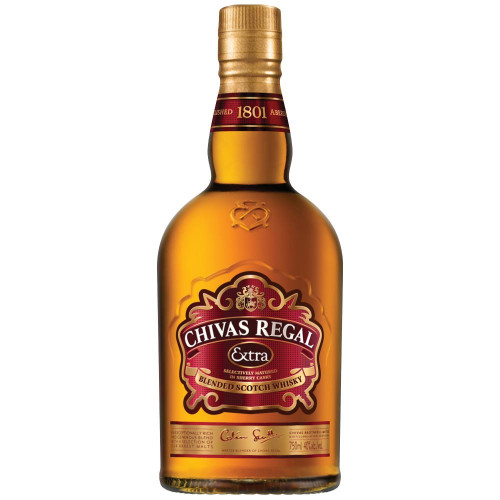 The newest member of the Chivas Regal Family, Chivas Regal Extra Blended Scotch Whisky is created with an exceptional blend of rare whiskies aged in Oloroso sherry casks from Jerez, Spain. As a result, the whisky has dark shade and aromas of pear, melon, creamy toffee and milk chocolate. The palate is filled with ginger, syrup, vanilla, caramel and more pear notes, and leads to a beautiful finish complete with hints of almond and cinnamon.

A dark shade and aromas of pear, melon, creamy toffee and milk chocolate. The palate is filled with ginger, syrup, vanilla, caramel and more pear notes, and leads to a beautiful finish complete with hints of almond and cinnamon.