This product is available in: CA, IL, ND Unfortunately, we can't ship to PO Boxes and APO addresses.

Size750mL Proof86 (43% ABV)
This Scotch whisky pays tribute to the bourbon industry, and is aged 14 years in ex-bourbon barrels before being finished in new American Oak casks.

This product is available in: CA, IL, ND Unfortunately, we can't ship to PO Boxes and APO addresses. 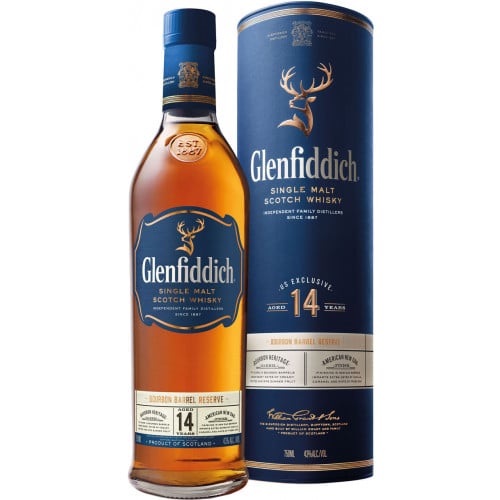 Bottled at 86 proof, this whisky — which pays tribute to the American bourbon industry — is only available in the United States.

Distinctly sweet aroma, reminiscent of bourbon flavors such as cracked corn, ripe summer fruits and caramel. The palate is spicy, with intense woody influences shining through, and leads to a clean finish accented by vanilla, almonds, raisins and faint wisps of smoke.