Size750mL Proof94 (47% ABV)
This highly decorated gin earned Double Gold at the 2019 Sip Awards, and a Gold Medal at the 2019 Los Angeles International Spirits Competition.
Notify me when this product is back in stock. 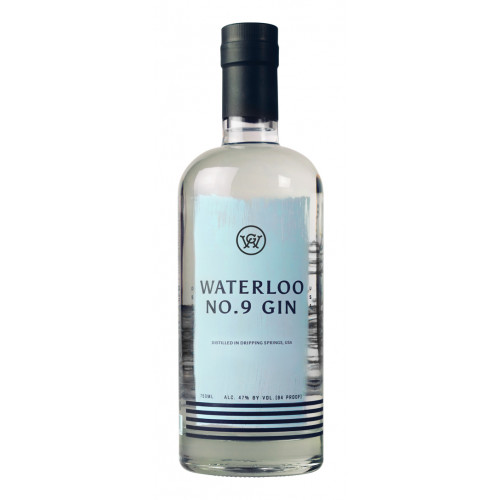 About Waterloo No. 9 Gin

Waterloo No.9 Gin is a Texas contemporary style gin infused with expressive, beautifully balanced local botanicals. Being bottled at 94 proof maximizes the botanicals that are vapor infused during the distillation process. While paying homage to traditional dry gins with ingredients like juniper, coriander and anise, Waterloo No.9 builds in Hill Country flavor with pecans, lavender and grapefruit zest all harvested in Texas.

The result is a blend of science and art, a confluence of gin culture and terroir—the crisp, clear representation of Treaty Oak’s constant purposeful experimentation and pursuit of the curious.

Lavender, juniper, coriander, anise, ginger, and pecans echo all throughout the nose and palate.