Size750mL Proof80 (40% ABV)
Named "Best American Gin" by The Wall Street Journal, this small batch gin was awarded Gold at the 2013 International World Spirits Competition.
Notify me when this product is back in stock. 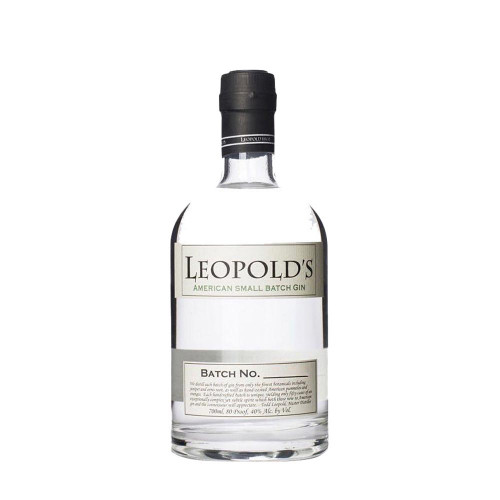 Situated in an industrial complex on the outskirts of Denver, Leopold Bros. Distillery is the brainchild of Todd Leopold. After receiving his diploma in Malting and Brewing from the Siebel Institute in Chicago, Todd moved to Germany and began working at the Doemens School of Brewers and Maltsters in Munich. Then, he apprenticed at four different breweries and distilleries in Germany, before moving to Kentucky to study distilling. In 2008, Todd moved back to his parents' home in Littleton, Colorado and opened the doors to Leopold Bros. Distillery with his brother Scott. Their core collection, ranging from gin, whiskey, vodka, aperitif and even an absinthe vert, has garnered numerous international awards.

Unlike most gins where juniper is distilled together with other botanicals in the same still, for Leopold Bros American Small Batch Gin, all botanicals are distilled separately, including juniper, coriander, pummelos, orris root, and Valencia oranges. This enables the individual botanicals to blend harmoniously with the others without losing their distinct characteristics. Bottled at 80 proof, the result is a brighter and softer gin with all the herbal, earthy, and floral flavors shining through at the same time. Perfect in the Bramble.

An herbal and floral-forward nose with citrus notes in the background. The palate is floral and herbaceous with pummelos, orris root, and Valencia oranges shining through. The finish is long.