Size750mL Proof80 (40% ABV)
A potato-based gin from a field-to-bottle distillery in the UK, it's the first British single-estate gin in 200 years. Infused with 10 botanicals, this is an extra dry gin.
Notify me when this product is back in stock. 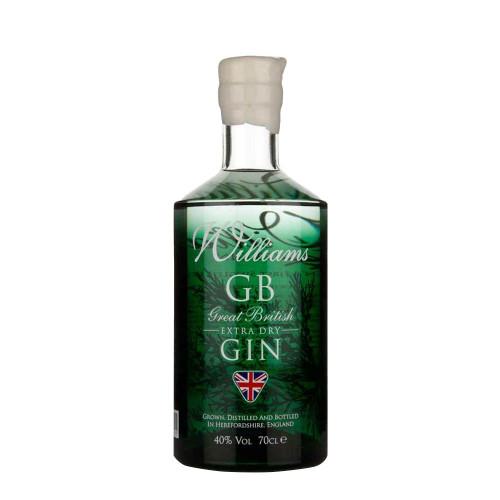 A field-to-bottle distillery, Chase Distillery is a family-owned and operated distillery that makes premium vodka and gin from potatoes, grown on their family farm. Founded in 2008 and based in Herefordshire, UK, one of the richest farmlands in the world, they grow their own potatoes at their farm and 250 of those British potatoes go into just one Chase Original Vodka bottle. Dedicated to a sustainable approach to farming and distilling, they even create their own energy using an on-site bio-boiler, which is powered with the prunings from their apple orchards. All their ingredients come right from the single-estate family farm. Chase vodka and gin are distilled in the tallest rectification column in the world, rising through the roof of their barn at 70 feet.

The base spirit for Chase Great British Gin is the award-winning Chase Vodka that's distilled in copper pot stills and infused with 10 botanicals, including juniper, coriander seed, bitter almond, cinnamon bark, ginger, cloves, angelica root, licorice root, lemon peel, and cardamom. The first British “estate gin” in more than 200 years, the whole production process from harvesting the potatoes to the bottling occurs at one site. Bottled at 80 proof, this extra dry gin greets with distinct juniper and spice flavors, including ginger, cinnamon, and cardamom with licorice and lemon in the background.

The nose is very juniper-forward with nutmeg and spice aromas. The palate is dry and full-bodied with more juniper, lemon, ginger, cinnamon, cardamom and licorice flavors. The finish is refreshing.