Learn more
Size750mL Proof84 Proof (42% ABV) *Please note that the ABV of this bottle may vary
Distilled in England from English-grown wheat, this gin — which bears the name of London's famous Portobello Road — won Gold at the 2014 San Francisco World Spirits Competition.
Notify me when this product is back in stock. 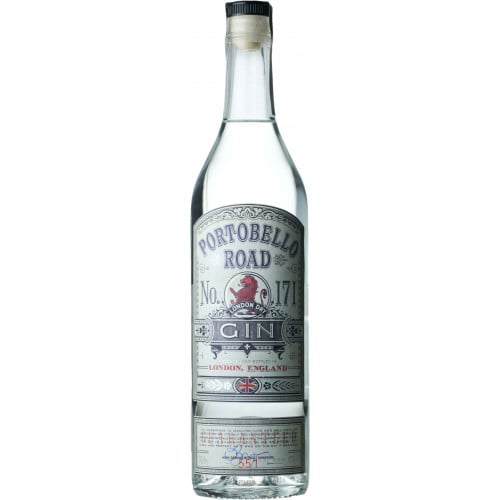 In the nine months of experimentation that followed, the character of the gin was slowly created. The base spirit for Portobello Road s distilled in England from English-grown wheat, and the gin’s nine botanical ingredients come from around the world — juniper berries and orris from Tuscany, Spanish lemon peels, bitter orange peels from Haiti or Morocco, nutmeg from Indonesia and cassia bark from South East Asia.

Bottled at a punchy 42% ABV, these ingredients combine to create a uniquely versatile gin with a robust aroma of juniper which leads to a sustained, fresh citrus character on the palate. The finish is sweet and peppery, with lasting notes of licorice and nutmeg.

Robust aroma of juniper which leads to a sustained, fresh citrus character on the palate. Finish is sweet and peppery, with lasting notes of licorice and nutmeg.