Be the first to review this product
One of these wheated bourbons earned a score of 96-100 points from Wine Enthusiast.
$458.99
Add to Wish List

Made in homage to one of bourbon's original aristocrats, W.L. Weller 12 Year Old Kentucky Straight Bourbon continues to be crafted using Weller's wheated bourbon recipe. Aged for a minimum of 12 years, the bourbon has an aroma of creamy vanilla, caramel and molasses that gives way to notes of candied corn, ripe fruits, cocoa powder and dried fruits on the palate. The finish, which is elegant and soft, has hints of mint, fruit and vanilla. W.L. Weller 12 Year Old Bourbon earned the Double Gold Medal at the San Francisco World Spirits Competition, and earned a score of 93.5 points from Jim Murray's Whisky Bible. In addition, it earned a score of 96-100 points from Wine Enthusiast.


Pick up a bottle of this wheated bourbon today!

12 Year: Aroma of creamy vanilla, caramel and molasses that gives way to notes of candied corn, ripe fruits, cocoa powder and dried fruits on the palate. Finish, which is elegant and soft, has hints of mint, fruit and vanilla. 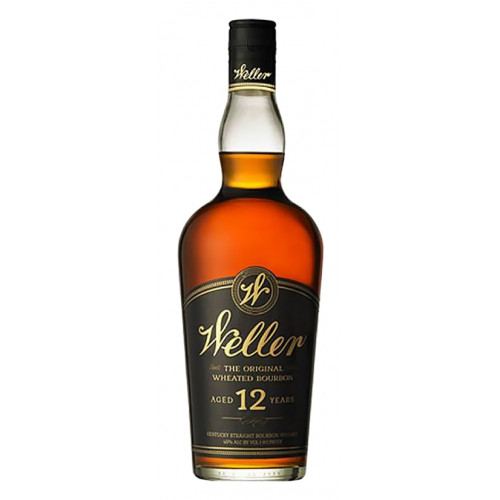