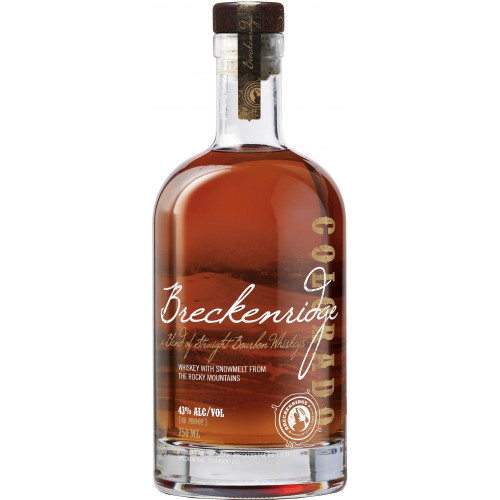 After distillation, the bourbon is aged at 120 proof in American white oak casks with a number 3 char for approximately three years and is then brought to proof using pure Rocky Mountain snowmelt from atop Mount Quandry, which has a 14,000 foot peak. "In Breckenridge, we have fresh snowmelt water that's full of minerals and has its own flavor," says Bryan Nolt, Breckenridge Distillery's founder and CEO. "The pH is perfect and the minerals add taste to our spirits just as salt adds flavor to foods," he says.

The taste of Breckenridge Bourbon is certainly turning heads. The unusually high rye content gives it depth and complexity, and earned Breckenridge Bourbon one of just three Gold Medals awarded at the 2011 International Wine and Spirits Competition in the United Kingdom. With a deep-amber hue and notes of pepper and toasted sesame, the bourbon also won the Double Gold Medal at the Denver International Spirits Competition in 2012 and scored 96 points — one point above Pappy Van Winkle's 23 year-old bourbon — at the Ultimate Spirits Challenge in New York City.

Try one of the world's best bourbons today!