Learn more
Size1500mL Proof86 (43% ABV) *Please note that the ABV of this bottle may vary
This Limited edition gift box set of The Macallan Double Cask 12 Year is in honor of the Chinese Lunar New Year.
Notify me when this product is back in stock. 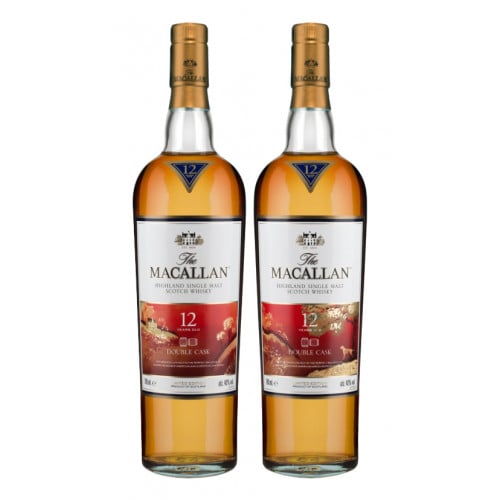 In honor of the Chinese Lunar New Year, this Macallan Double Cask 12 Year Old is a part of their Double Cask range which marries the classic Macallan style and the unmistakable sweetness of American oak. This is a fully rounded single malt in perfect balance, with flavors of honey, citrus and ginger.

Creamy butterscotch aromas, and subtle toffee apple, citrus, vanilla and fresh oak. The palate is honeyed, with oak spice and citrus, harmonized with dried fruit and caramel. The finish is lingering, warm, sweet and drying with oak.