Learn more
Size750mL Proof96 (48% ABV) *Please note that the ABV of this bottle may vary
The Glenlivet Code is the third in a series of mystery limited editions released from The Glenlivet distillery. No tasting notes, no cask information. It is a pure sensory challenge for the whisky-lovers.
Notify me when this product is back in stock. 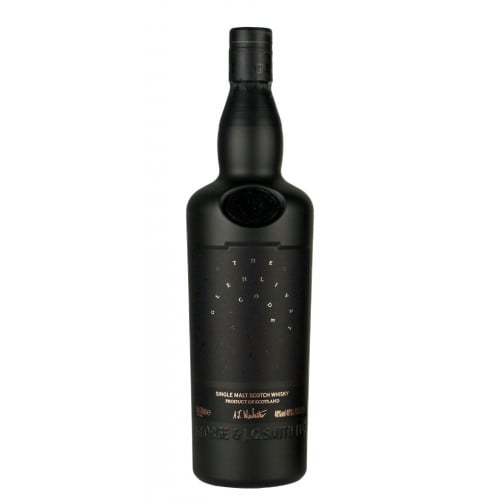 About The Glenlivet Code Whisky

This highly anticipated, an enigmatic Glenlivet Code expression is inspired by the iconic British code breakers of WWII. Released without tasting notes, or maturation methods, this Glenlivet inspires connoisseurs all over the world to test their whisky acumen. Bottled in a sleek matte black bottle, tasters can partake in a virtual tasting room hosted by The Glenlivet master distiller Alan Winchester.

Select four nose aromas and four palate flavors from thousands of different combinations. Provide your very own tasting notes, and see how they compare to those of The Glenlivet Master Distiller Alan Winchester’s. Full tasting notes and the like won’t be revealed until the end of 2018.

“This year’s limited edition is a labyrinth of flavors that will test the senses of even the most discerning whisky drinker and we’re excited to invite consumers worldwide to take on the ultimate challenge by unlocking its mystery taste.” (Alan Winchester, The Glenlivet Master Distiller).

Test your senses to see if you can unlock the mystery.

Nose and tasting notes to be revealed at the end of the year, 2018. Test your senses to see if you can unlock the mystery.