Size1750mL Proof80 (40% ABV)
This whisky, which is aged in both American and European Oak, was called "one of Speyside’s definitive malts" by Paul Pacult.
Notify me when this product is back in stock. 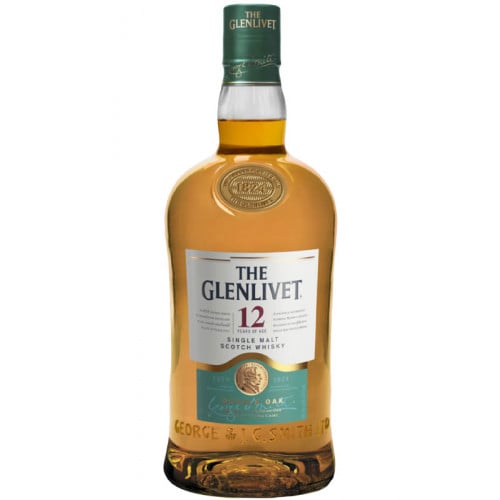 Following distillation, The Glenlivet 12 Year Old Single Malt Scotch Whisky — part of Glenlivet’s Classic Range — is matured in a mixture of cask types, including American Oak and European Oak. In particular, the American Oak lends the whisky its vanilla character and distinct smoothness, while the 12 years spent inside both barrels gives the whisky aromas of honeysuckle and summertimes fruits, along with notes of fresh pineapple and bitter cocoa on the palate. The whisky has a rich, creamy finish filled with lasting touches of hazelnuts and marzipan.

Pick up a definite malt of your own today!

Aromas of honeysuckle and summer times fruits, along with notes of fresh pineapple and bitter cocoa on the palate. Rich, creamy finish filled with lasting touches of hazelnuts and marzipan.