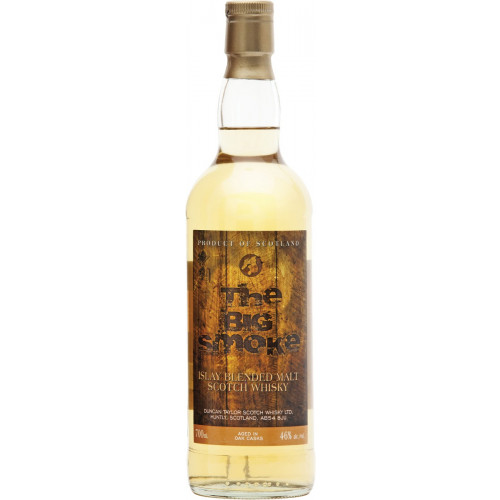 The Big Smoke Islay Blended Malt Scotch Whisky was crafted by blending together whiskies from some of the island's most iconic distilleries. As a result, the whisky has an aroma of salted caramel, buttered biscuits and bonfire that gives way to chewy notes of caramel, vanilla, mint, smoke, charcoal, cinnamon buns and honey on the palate. The finish is clean and crisp, with touches of saltines, leather, wood and tobacco.

The whisky earned a score of 90-95 points from Wine Enthusiast. Pick up a bottle today!

Aroma of salted caramel, buttered biscuits and bonfire that gives way to chewy notes of caramel, vanilla, mint, smoke, charcoal, cinnamon buns and honey on the palate. Finish is clean and crisp, with touches of saltines, leather, wood and tobacco.