Size750mL Proof102 (51% ABV)
Released as one of the three limited-edition whiskies to celebrate the 200th anniversary of Johnnie Walker. Bottled at 102 proof, this refined expression is inspired by the original Old Highland whiskies produced by Johnnie Walker in that era.
Notify me when this product is back in stock. 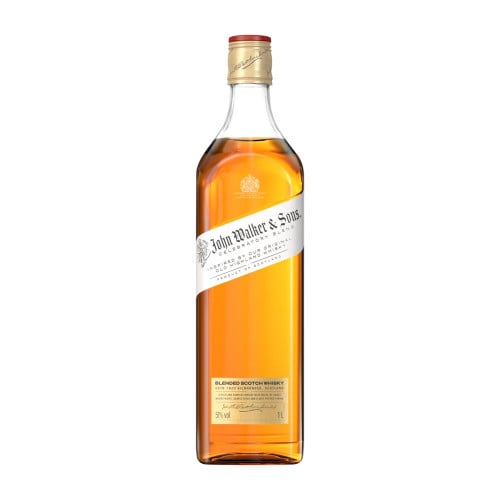 Released as one of three limited edition whiskies to honor the 200th anniversary of the Johnnie Walker, Johnnie Walker 200th Anniversary Celebratory Blend is inspired by the original Old Highland whiskies, produced by Johnnie Walker in that era. Bottled at 102 proof, this refined concoction greets with a nose of sweet dried raisins, subtle spice, and marzipan, while the palate brings hints of roasted nuts, icing sugar sweetness, and gentle peat. The finish offers subtle soft pepper. Best enjoyed neat or on the rocks, raising a glass to the next 200 years of Johnnie Walker.