Size750mL Proof92 (46% ABV)
This batch of Teeling was created by blending together select casks of grain and malt whiskey, and maturing them in Stout casks that were previously used by the Galway Bay Brewery.
Notify me when this product is back in stock. 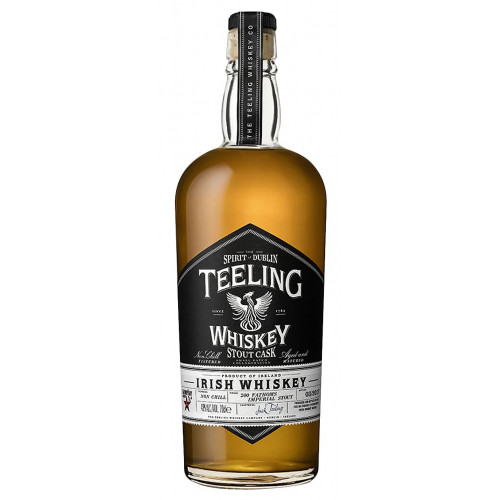 This Small Batch Stout Cask Finish is the second expression of the small batch release series by Teeling. This batch is created by blending together select casks of grain and malt whiskey, matured in Stout casks that were previously used in March 2016 by the Galway Bay Brewery, when they introduced their 200 Fathoms Imperial Stout, matured in Teeling casks. It is these same beer casks that are now used by Teeling to finish it’s whiskey. This batch was bottled in March 2017 at 46% ABV, and non chill filtered and without any additional coloring.

Fresh-cut grass, apple pie, blackberry, and a hint of ginger on the nose. Rich with lemon curd, dried herbs, and baking spice on the palate. The finish is long, floral, and herbal.