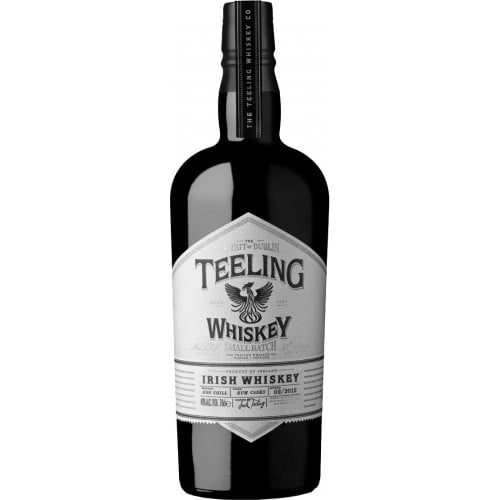 In 1782, Walter Teeling opened a distillery along Marrowbone Lane in Dublin, Ireland. At the time, nearly 40 independent distilleries dotted the rolling Irish landscape, the majority of which were centralized in the industrial engine room of the city — the Liberties. "Since 1782 the Teeling family has been crafting Irish Whiskey," says Jack Teeling, the founder of the Teeling Whiskey Company. "The entrepreneurial spirit that inspired Walter Teeling back in the 18th century has not been diluted over the years and the latest generation of Teelings are committed to innovating and creating unique Irish Whiskeys."

Teeling Irish Whiskey is crafted by blending together select casks of grain and malt Whiskey, which are matured in traditional oak casks for up to seven years before being finished for approximately six months in casks that were previously used to mature rum. After this secondary beautyrest, the Whiskey is bottled at 92 proof without the use of chill filtration. "Our aim was to create a new Irish Whiskey that is contemporary, a salute to our own provenance and which stands out for its quality and unique flavor," says Teeling.

Teeling Irish Whiskey has an aroma of vanilla and warm spices that gives way to notes of caramel, toffee, butterscotch and molasses on the palate. The finish is slightly sweet yet spicy, with woody undertones. The Whiskey was called a "standout" by Serious Eats, which said that it was "a meticulously crafted Whiskey that's beguiling in its subtle new twist." In addition, the Whiskey earned a score of 95 points from Drink Me Magazine.

This is the first time that Teeling Irish Whiskey is available in the United States in over 230 years.

Aroma of vanilla and warm spices. Notes of caramel, toffee, butterscotch and molasses on the palate. Finish is slightly sweet yet slightly spicy, with slight woody undertones.