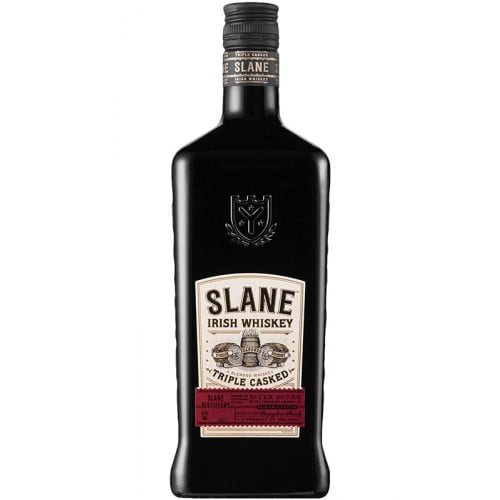 The Slane distillery was founded September of 2015, in County Meath, on the grounds of the renowned Slane Castle, located in the middle of a 1,500 acre estate in the heart of Ireland’s Boyne Valley, 30 miles north of Dublin.

Home to Henry Conyngham, the eighth Marquess Conyngham, and his son, Alex Conyngham, the Earl of Mount Charles. This father son duo, also owners of the grounds, partnered with US Spirits behemoth Brown-Forman — well-known makers of Jack Daniels, Southern Comfort and Finlandia Vodka. This distillery marks the Brown-Forman Corporation’s first ever venture into distilling Irish Whiskey, being the first distillery built by Brown-Forman outside of the United States.

Slane Irish Whiskey receives most of its complex and smooth qualities from Slane's signature Triple Casked process. The Whiskey is then aged in three varieties of casks: virgin and seasoned casks raised by hand at the venerated Brown-Forman Cooperages — and Oloroso sherry casks sourced from Jerez, Spain. The virgin oak casks impart heavily charred and toasted notes of oak, and vanilla. The seasoned Tennessee Whiskey casks contribute flavors of caramel, plum, banana, and butterscotch. Finally the sherry casks impart notes of raisin and spice.
Once the liquid has been aged to perfection, it is masterfully blended to create an exceptional Irish Whiskey.