Size1000mL Proof80 (40% ABV)
This iconic Irish whiskey is triple distilled using techniques that date back to 1740, before being aged for a minimum of four years in a combination of ex-sherry and ex-bourbon casks.
Notify me when this product is back in stock. 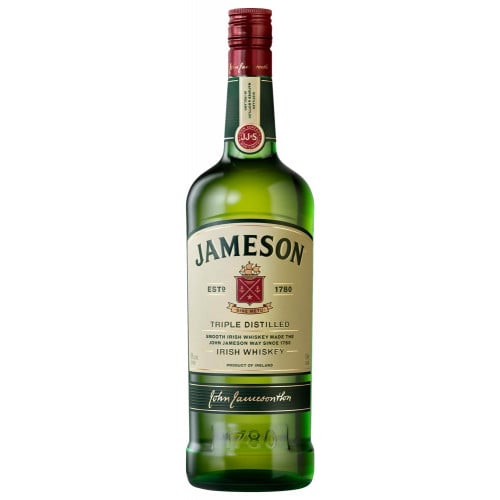 Jameson Original Irish Whiskey is a blend of pot still and fine grain whiskeys that have been aged for a minimum of 4 years. The whiskey is aged in a combination of ex-sherry and ex-bourbon casks to add spicy and sweet notes.

Jameson Original Irish Whiskey is slightly floral on the nose with hints of spicy sweetness, which leads to a palate of spicy caramel notes combined with subtle notes of vanilla and almonds. The finish is smooth with notes of sherry and sweet fruit.