Size750mL Proof80 (40% ABV)
This award-winning rum was aged in ex-bourbon barrels for 5 years and has received a Gold Medal at the 2018 edition of the San Francisco World Spirits Competition.
Notify me when this product is back in stock. 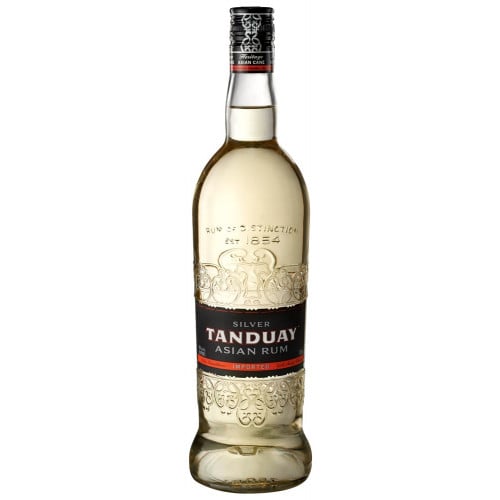 Tanduay Asian Rum Silver has spent 5 years in ex-bourbon barrels before being bottled at 80 proof. It has a captivating profile with a balance of tropical fruit, vanilla, and coconut that is tailor-made for cocktails and mixed drinks. This expression was awarded a Gold Medal at the 2018 San Francisco World Spirits Competition, among several other accolades.

The nose of this straw-colored rum leads the charge with pineapple, coconut, vanilla, spice, and brown sugar. It's equally fruity on the palate with a gentle sweetness, some coconut, vanilla, citrus, and oak. Finishes smooth and slightly tannic.