Size750mL Proof80 (40% ABV)
The recipe for this spiced Rum comes from a 19th century recipe that infuses rum with ginger root and a selection of spices.
Notify me when this product is back in stock. 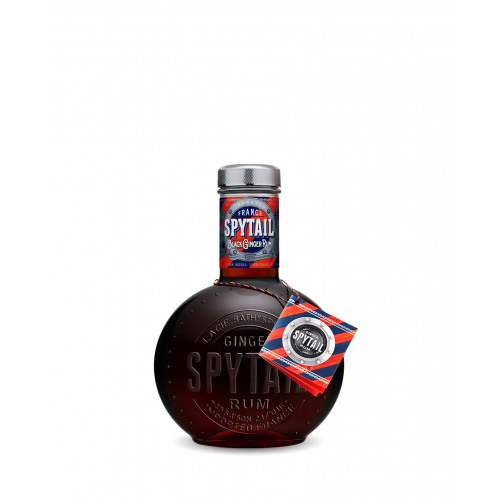 Spytail Black Ginger Rum is produced by Biggar and Leith, based out of New York. Their small portfolio of spirits are made by family owned distilleries. Spytail Black Ginger Rum is a tribute to the submarine, Spytail the legendary underwater ship discovered by Biggar and Leith’s distillers in Cognac, France. The first mechanical submarines were invented in France, and were tested within the Charente River which flows near their distillery.

Spytail Rum is inspired by a 19th Century recipe involving the aging of fresh ginger root and spices in barrels of Rum. It is comprised of a blend of Caribbean rums which are blended and bottled at the Cognac, France facility. You can expect an intriguing flavor profile with sweet tropical notes and ginger beer. The ginger spice harmonizes the fresh fruit, creating a genuinely unique rum.

Powerful notes of ginger on the nose, followed by sweet aromatics. The palate is abundant with ginger, brown sugar, citrus and spice. On the finish are strong notes of ginger and sweet molasses.