Size750mL Proof80 (40% ABV)
Aged in ex-bourbon barrels for 7 years, this award-winning blended Filipino rum is a smooth and complex sipper that works great in cocktails as well. 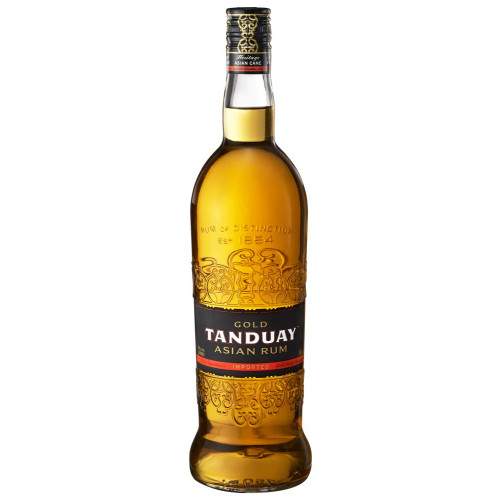 Tanduay Asian Rum Gold was aged for 7 years in barrels that used to hold bourbon. It has a smooth and complex profile with a distinct nuttiness, dried fruit, spices, and oak. The award-winning expression is bottled at 80 proof and is great for sipping, but works just as well in cocktails. It has garnered numerous awards in recent years, including a Gold Medal at the International Review of Spirits and a Silver Medal at the San Francisco World Spirits Competition ― both in 2018.

It's a light-gold-colored rum with fruity, vanilla, oak, and hints of coconut on the nose. There's dark sugar on the creamy palate with vanilla, spice, and unmistakable charred oak notes. Finishes smooth with tropical fruit, spice, and nutty hints.