Size750mL Proof100 (50% ABV)
This unique spirit is in a class of its own. It's an equal blend of Ron Colón Salvadoreño dark aged rum and 4-year-old American straight rye whiskey that is bottled at 100 proof.
Notify me when this product is back in stock. 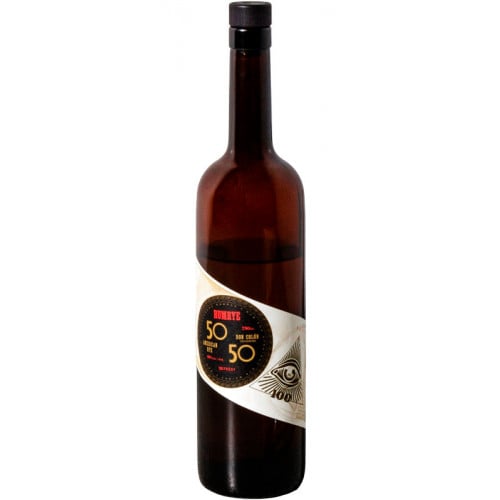 The pair love to bring together different worlds. Their latest creation bridges the gap between rum and rye whiskey. RumRye is an equal split of each and in a category of its own. The rum is a blend of 6-year-old column-still Salvadorean rum (Licorera Cihuatán distillery), unaged Jamaican pot-still rum (Worthy Park, Hampden, and Monymusk distilleries), and 3-year-old Jamaican rum (Worthy Park). The rye is a 4-year-old American straight rye whiskey that was produced using 100% rye grains, then aged in charred new oak barrels. The blend is bottled at 100 proof.

Grab a bottle of this unique rum-slash-rye-whiskey today!

Tropical fruit aromas greet the nose with banana, pineapple, mint, honey, and hints of spice. You'll find candied fruit and orange blossoms on the palate, with the rye spice balanced by the rum's natural sweetness.