Learn more
Size750mL Proof92 (46% ABV) *Please note that the ABV of this bottle may vary
Only 1,080 bottles of this rum, which was aged for a minimum of 13 years, were ever produced.
Notify me when this product is back in stock. 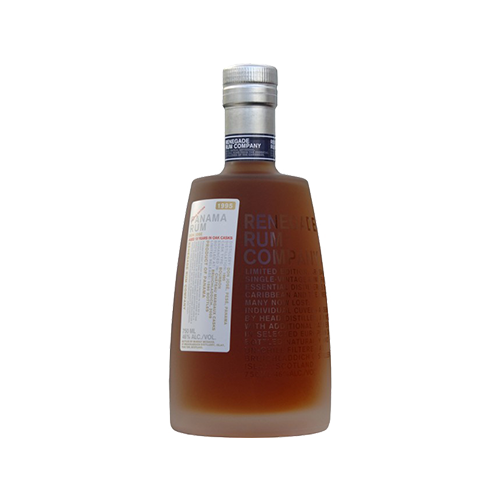 In 1908 Don José Varela Blanco emigrated from Spain to Panama, which had just declared its independence five years earlier (Panama had previously been a part of the Spanish empire). Upon his arrival, Don José settled in the village of Pese and established the country's first sugar mill. The village of Pese is situated in a fertile valley adjacent to the heartland of Panama, and the main occupation of the village's 10,000 residents is the cultivation of sugar cane. Three decades after arriving in Panama, Don José persuaded his sons to begin distilling the excess sugar cane that was harvested in Panama into rum. Today, the Don José Family Estate encompasses nearly 1,000 acres of sugar cane fields, and the family's distillery controls nearly 90% of the Panamanian rum market.

Don José 13 Year Old Rum (Renegade Rum Company) is made from fresh sugar cane, which is harvested by hand on the Don José Estate and transported to the distillery by an ox and cart. At the distillery, the sugar cane is weighed and washed before being crushed by one of three stainless steel crushers. The bagasse — the fibrous sugar cane tissue that remains after crushing — is naturally dried and ultimately used to fuel Don José's four-column stainless steel continuous still.

Once the sugar cane has been crushed, its natural juices are fermented with a proprietary strain of yeast before being distilled through the four-column still. Following distillation, the rum is aged in Panama for over a decade in casks that were previously used to mature bourbon. The bourbon casks contribute notes of honeyed oak, vanilla and sweet cinnamon to the rum.

After its initial beautyrest, the rum is transported to the Bruichladdich Distillery, which is situated on the island of Islay, Scotland. There, experts from the Renegade Rum Company hand-select individual cuvees of rum based on their potential flavor profile, and finish the rum from those casks in ex-Chateau Margaux casks (Chateau Margaux is a French winery situated in the Bordeaux region of France). This finishing process contributes notes of complex fruits (particularly apples, pears, oranges and red grapes) to the rum, which complement its notes of caramel, vanilla and maple syrup. Once the rum has matured for a minimum of 13 years, it is brought to proof with Islay spring water before each cuvee is bottled by hand.

Don José 13 Year Old Rum (Renegade Rum Company) has an aroma of pancakes, maple syrup and red fruits. The aroma gives way to notes of honey, oak, complex fruits and cinnamon on the palate, and leads to a long, sweet and spicy finish.

Only 1,080 bottles of this rum were ever produced. Pick one up today!