Size750mL Proof92 (46% ABV)
Only 1,500 bottles of this rum, which was aged for eight years in ex-bourbon casks and finished in Chateau Climens Sauternes casks, have ever been produced.
Notify me when this product is back in stock. 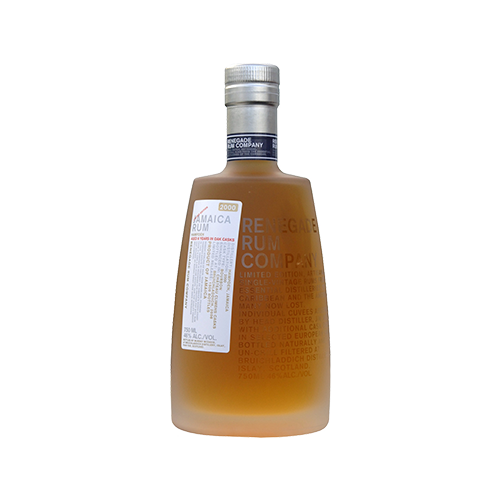 Founded in 1753, the Hampden Estate encompasses 3,500 sprawling acres in northwest Jamaica, and is one of the country's oldest sugar plantations. Just 25 years after the plantation was built, a Scotsman named Archibald Sterling built a rum store on the estate, and today, the raw, fresh sugarcane grown on the estate's plantation is distilled into delicious rum.

Hampden Jamaica Rum 2000 is made by harvesting and processing the cane sugar grown on the Hampden estate. After the sugar is processed, it is placed into wooden fermentation tanks, and a proprietary strain of yeast is added in order to catalyze fermentation. Unlike many other distilleries, Hampden Estate uses no commercial yeast, but, instead, cultures, grows and regenerates its own strain in outdoor vats, before adding the yeast into its fermentation tanks. The fermentation tanks are over a century old, and when the wooden planks of the tanks spring a leak, they are replaced with planks made from local, Jamaican cedar and sealed together using locally-sourced banana leaves.

Each batch of rum ferments for approximately seven days and is then left to settle for another seven days, a process that takes nearly nearly three times as long as that of ordinary distilleries. After fermentation, the wash is distilled through Hampden Estate's four copper-pot stills — Hampden is the only distillery in Jamaica that specializes exclusively in producing heavy-pot still rums.

Following distillation, the rum is matured for eight years in ex-bourbon casks. Then, experts from the Renegade Rum Company hand-select individual cuvees, which are double-barreled, or finished, in Chateau Climens Sauternes casks. The wine casks lend sweet, tropical notes to the rum, and provide for a slightly sweet, honeyed flavor. After the rum is finished in the Sauternes casks, each batch is brought to proof and bottled by hand.

Renegade Rum Company Hampden Jamaica Rum 2000 has notes of bananas and coconuts that are complemented by hints of vanilla and honey. In addition, the rum is rich in ethers, which adds intensity and complexity to its unique flavor profile.

Only 1,500 bottles of this limited edition rum have ever been produced. Pick one up today!

Aroma of tropical fruits, including bananas and coconuts, and honey. Initial notes of vanilla and honey are complemented by a touch of spicy cinnamon and oak. Bold, intense and complex.