Size750mL Proof86 (43% ABV)
Crafted with some of the oldest sugarcane rum or rhum agricole from the HSE cellars, this expression has spent a decade in cognac casks. Aged to perfection, the barrels have imparted the spirit with plenty of wood notes.
Notify me when this product is back in stock. 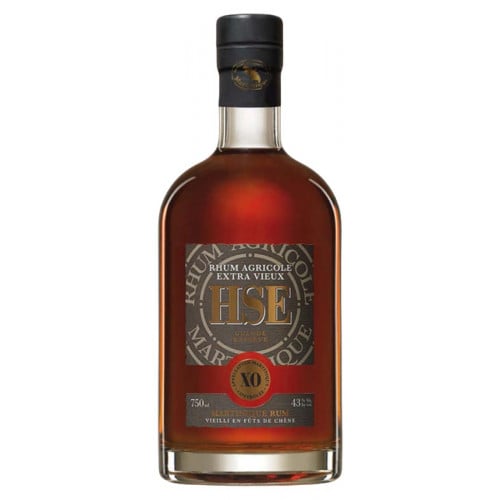 The HSE Rhum Agricole XO contains some of the oldest rhum from the HSE cellars, some spirits dating back to the 1960s. The rhum has spent at least a decade in meticulously selected cognac casks, lending the spirit its beautiful amber hue. Bottled at 86 proof, this award-winning expression is smooth with abundant wood and spice notes.

It's a delicate profile with a rich nose of cocoa, coffee, and tobacco. There's plenty of wood and spice on the palate with black pepper and nutmeg. The finish is velvety-smooth and long.