Learn more
Size750mL Proof119.4 (59.7% ABV) *Please note that the ABV of this bottle may vary
This youthful Island single malt is a bold peaty expression, featuring sweet undertones.
Notify me when this product is back in stock. 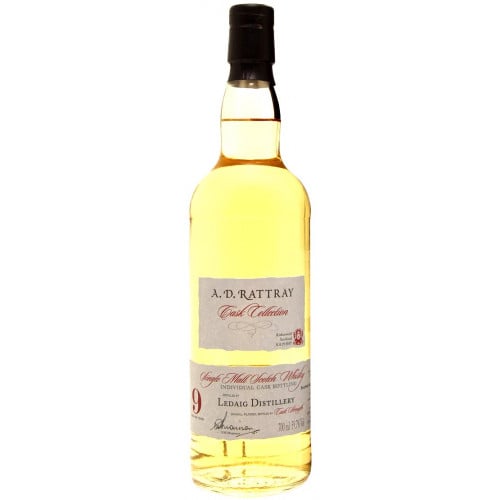 Ledaig 9 Year Old Single Malt Scotch Whisky is made exclusively from Scottish barley that is dried directly over a peat flame. In addition, the grains used to make Ledaig are malted and mashed with water sourced from Mary's Well, which contributes even stronger notes of smoke and sweet brine to the whisky's flavor profile.

This Ledaig is bottled by A. D. Rattray, an independent family owned bottling company that has been blending and maturing single malt Scotch whiskies since 1868. Aged in bourbon hogshead barrels this 9-year-old Island single malt features bold, peaty overtones, underpinned by sweet flavors.