Size750mL Proof92 (46% ABV)
Released in time for the celebration that is Ardbeg Day 2021, this expression pays tribute to Islay's "definitely-real-and-totally-not-made-up" dragon. The 92-proof whisky has intense charred oak and smoke notes.
Notify me when this product is back in stock. 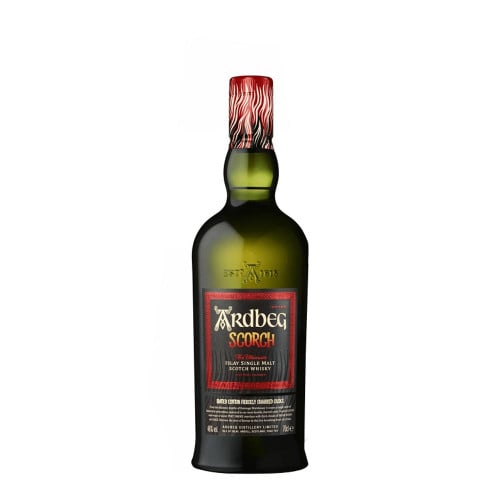 Ardbeg Scorch is a limited-edition release that was bottled in 2021 to celebrate Ardbeg Day 2021 which took place on June 5. Matured in ex-bourbon American oak casks, it pays tribute to Islay's "definitely-real-and-totally-not-made-up" dragon with a charred and smoky profile that is bound to please Ardbeg fans and any peat fans. The special release is bottled at 92 proof.

Aromas of soot and smoke greet the nose with hints of aniseed and patchouli. The palate is layered with an oily mouthfeel and notes of sweet smoke, charred oak, licorice, and medicinal undertones. The finish is long with lingering tarry notes.