Size750mL Proof92 (46% ABV)
Aged primarily in Oloroso sherry casks, Sanaig is just the second addition to Kilchoman's permanent range.
Notify me when this product is back in stock. 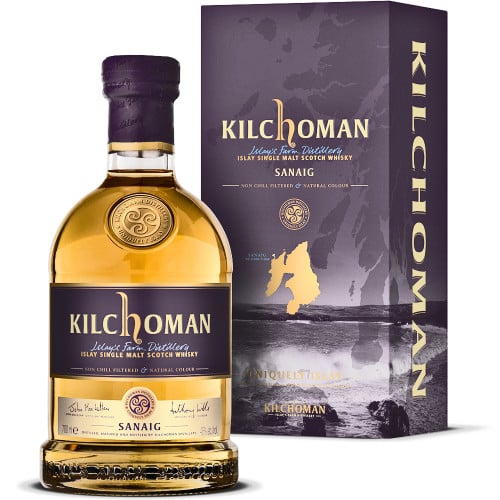 As a result of the extraordinary strain of barley used to craft the whisky, along with the significant time it spent in Oloroso Sherry hogsheads, Kilchoman Sanaig has a sweet, peaty aroma complete with notes of apple cinnamon and caramel. The palate is filled with even more peat smoke, toffee, butterscotch and raisins, and leads to a bold finish marked not only by fruit and pie crust, but also pepper and star anise.

Sweet, peaty aroma complete with notes of apple cinnamon and caramel. The palate is filled with even more peat smoke, toffee, butterscotch and raisins, and leads to a bold finish marked not only by fruit and pie crust, but also pepper and star anise.