Size750mL Proof80 (40% ABV)
The newest label in Johnnie Walker's portfolio, this whisky pays homage to the company's 190 year legacy of blending expertise.
Notify me when this product is back in stock. 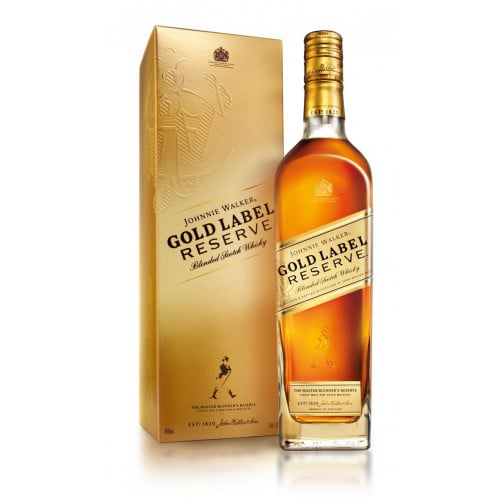 Upon his father's death in 1820, a young grocer named Johnnie Walker invested his $417 inheritance into a grocery and spirits shop on High Street in Scotland. While Walker himself was a teetotaller, he sold a popular single malt whisky under the name Walker's Kilmarnock Whisky (at the time, it was common for each store to have its own unique spirits). Walker's store was moderately successful, but by the time he retired in the 1850s, whisky sales represented just 8% of his business.

In 1857, Alexander Walker — Johnnie Walker's eldest son — inherited the store and began improving its selection of single malt Scotch whiskies. Alexander had previously apprenticed with a tea merchant in Glasgow and there, had learned the art of blending tea. Under his stewardship, the House of Walker began blending whisky and bottling it in an iconic, square bottle adorned with a slanted label.

The whisky as an aroma of fresh fruits, particularly pineapples, apples and poached pears, along with a touch of peat. The aroma gives way to a bold, citrusy flavor profile, with hints of blackberries, malt, star anise and raisins. The finish is soft and mellow, with a complex texture and satisfying touch.

Aroma of fresh fruits, particularly pineapples, apples and poached pears, along with a touch of peat. Bold, citrusy flavor profile, with hints of blackberries, malt, star anise and raisins. Finish is soft and mellow, with a complex texture and satisfying touch.