Size1750mL Proof80 (40% ABV)
Chivas Regal 12 Year Old Blended Scotch Whisky is crafted from a rich blend of malt and grain whiskies, each matured for at least 12 years.
Notify me when this product is back in stock. 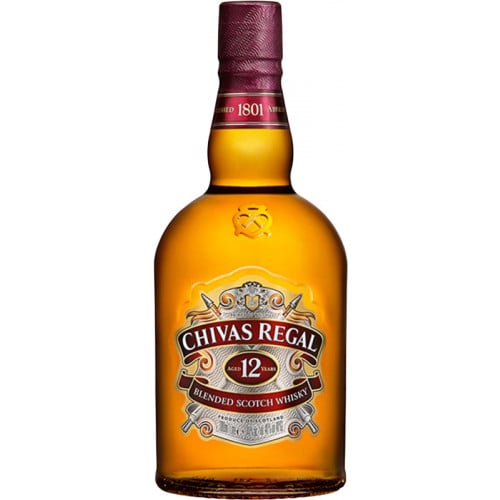 Chivas Regal 12 Year Old Blended Scotch Whisky is crafted from a rich blend of malt and grain whiskies, each matured for at least 12 years. Its radiant amber color is complemented by aromas of wild herbs, heather, honey and orchard fruits. The palated is filled with bursts of apples, hazelnut and butterscotch, and leads to a warm, lingering finish.

Its radiant amber color is complemented by aromas of wild herbs, heather, honey and orchard fruits. The palated is filled with bursts of apples, hazelnut and butterscotch, and leads to a warm, lingering finish.