Size750mL Proof80 (40% ABV)
Crafted at the Cameronbridge Distillery in the Kingdom of Fife, this spirit represents a unique new way of approaching single grain whisky.
Notify me when this product is back in stock. 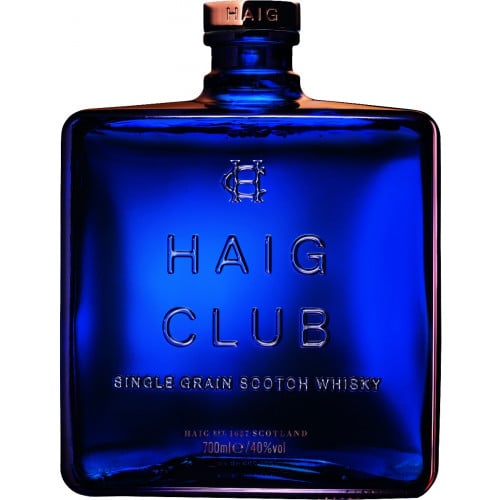 In 1655, Robert Haig was issued a censure by the Catholic church for operating his distillery on the Sabbath. Despite the condemnation, Haig and descendants expanded the family business throughout the Celtic nations and England, and in 1824, John Haig established the Cameronbridge Distillery and began producing the first-ever grain whisky in the Scottish Kingdom of Fife.

Today, the Haig family legacy lives on at the Cameronbridge Distillery, where single grain whisky is still produced according to the continuous production techniques — through Coffey and Stein stills — pioneered by John Haig many centuries ago. Much like single malt whisky, single grain whisky must adhere to a strict set of standards, including being produced at a single distillery and aged for a minimum of three years in oak barrels.

Haig Club Single Grain Whisky is made from a mash of 10% barley and 90% wheat, and is distilled through column stills at the Cameronbridge Distillery. Once distilled, the whisky is aged for a minimum of three years in various types of casks, including first-fill ex-bourbon barrels, refill ex-bourbon barrels, refill hogshead casks and rejuvenated casks, which are casks that are stripped on the interior and re-charred before use.

The whisky has a pale, golden color and an aroma of fudge, almonds, vanilla and dried mango. The palate is light and refreshing, with notes of toasted oak, butterscotch, banana and toffee, and leads to a finish marked by shortbread cookies and baking spices.

Pick up a bottle of this fine single grain today!

Pale, golden color and an aroma of fudge, almonds, vanilla and dried mango. Palate is light and refreshing, with notes of toasted oak, butterscotch, banana and toffee, and leads to a finish marked by shortbread cookies and baking spices.