Learn more
Size750mL Proof92 (46% ABV)
The first Scotch featured on Caskers, Inchmurrin comes from the family-owned Loch Lomond Distillery in the Highlands region.
Notify me when this product is back in stock. 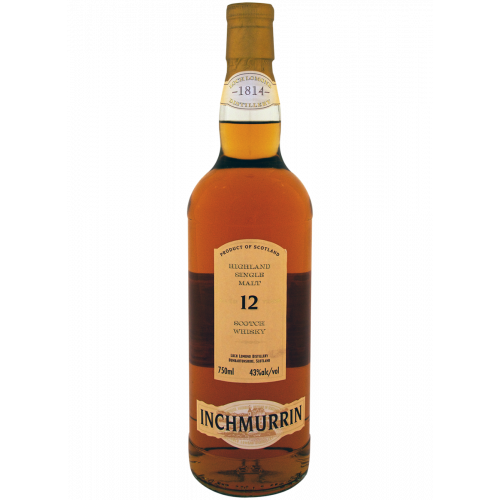 With its history in the Highlands region of Scotland dating back to 1814, Loch Lomond Distillery marries traditional distilling techniques with modern technology when making Inchmurrin Single Malt Scotch Whisky. Family-owned, Loch Lomond Distillery takes its name from its main water source — Loch Lomond (loch is the Scottish word for lake), the largest loch in the United Kingdom.

In an old calico-dyeing factory, custom-made "Lomond"stills distill the wash made from malted barley grains. By law, all Scotch must be aged for at least three years in a bonded warehouse. The "bonding"refers to the fact that the warehouse must be under the authority of Her Majesty's Custom and Excise. Inchmurrin Single Malt is aged for twelve years in used American bourbon casks. Prior to reusing the casks, Loch Lomond's coopers dechar each barrel back to fresh wood and then re-fire it, enhancing the flavor profile of the Inchmurrin that ages inside. During the twelve years that it ages in these casks, approximately 25% of the Inchmurrin is lost due to evaporation (this portion is known as the "angel's share").

Inchmurrin Single Malt, named after the largest island in Loch Lomond, is medium-bodied and lightly peated. With notes of barley sugar, dried herbs and a hint of caramel, we're incredibly proud to introduce this as our first Scotch.

A medium-bodied nose, with notes of sugars and toasted cereals, apple and herbs. The palate is well-balanced, with notes of honey, caramel and vanilla. A short, smooth finish.