Be the first to review this product
In collaboration with Danish tattoo artist Colin Dale, this vibrant Highland Park marries Spanish Rioja seasoned casks with ex-bourbon American oak casks to deliver a whisky that is rich, full bodied and like no other. Highland Park Twisted Tattoo was awarded a Gold Medal at the 2019 San Francisco World Spirits Competition.
Add to Wish List
Notify me when this product is back in stock.

Highland Park is also one of the few distilleries that meticulously turns their malt by hand. Their barrels are cut from European and American oak, and crafted into staves at precisely 45°. This was the method used by the Vikings to make their longships watertight. 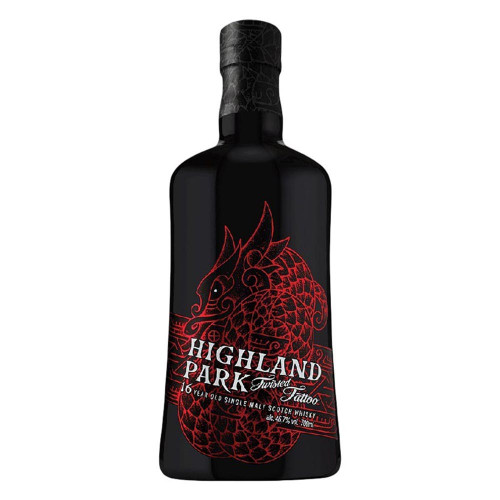