This product is available in: CA, DC, FL, NH Unfortunately, we can't ship to PO Boxes and APO addresses.

Size750mL Proof80 (40% ABV)
Founding the northernmost Scotch whisky distillery in the world takes a very distinct sort of spirit. And Highland Park has captured the essence of that spirit.

MAGNUS celebrates Highland Park’s founder, Magnus Eunson, a butcher and church officer by day, and bootlegger by night who set the distillery on its path to becoming ‘The Best Spirit in the World.'
Notify me when this product is back in stock.

This product is available in: CA, DC, FL, NH Unfortunately, we can't ship to PO Boxes and APO addresses. 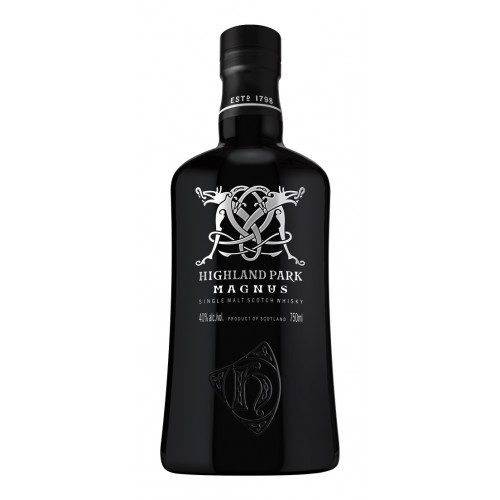 The peat sourced from Hobbister Moor is "absolutely fundamental in understanding the flavor of Highland Park Whisky", says Russell Anderson, the distillery manager. Together with Orkney's unique environment (the temperate, moist climate of the archipelago results in an even maturation process), the peat gives Highland Park Whisky its traditional malty flavors that are tempered by just a subtle touch of smoke.

The newest addition to the range, MAGNUS is the perfect tribute to the distilery's founder, Magnus Eunson, a butcher and church officer by day, and a bootlegger by night who set Highland Park on its path to becoming ‘The Best Spirit in the World’. MAGNUS is crafted using carefully chosen American sherry oak casks casks to deliver the lightly peated characteristics of Highland Park but with a more profound vanilla flavor profile. It was awarded a Gold Medal at the San Francisco World Spirits Competition.

Aromatic peat smoke, with notes of lemon, vanilla, plume, and toasted cereal grain. On the palate, vanilla, citrus and chocolate lead to a smooth and gently smoky finish.