Size750mL Proof138 (69% ABV)
An authentic absinthe from the Lure region in France. Bottled at 138 proof with more than 35 mg of wormood per liter, this is a strong potion.
Notify me when this product is back in stock. 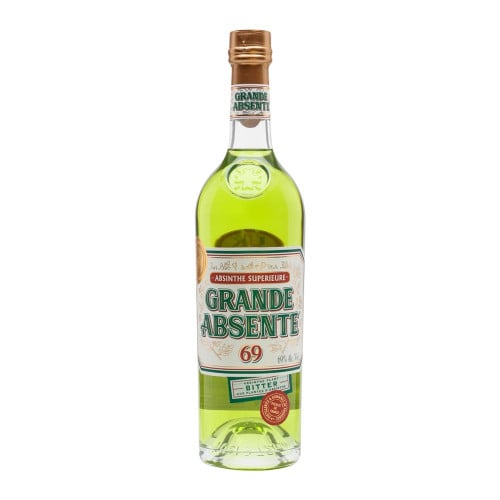 Located in the Lure region, France, where in the 17th century, traders of medicinal herbs settled and later became pharmacists, Distilleries et Domaines de Provence is a distillery with over a century of experience in aperitifs and Provencal liqueurs production. Founded in 1898 in Forcalquier as Distillery de Lure, it was renamed in 1974 when Alain Robert took over the company.

Absinthe is a spirit with a very high alcohol content, bottled between 90 and 148 proof. It has an anise flavor that comes from plants, flowers and other medicinal and culinary herbs. Rising to popularity in the last decade of the 19th century also known as the Belle Epoque, it was in this era that absinthe was notoriously consumed by the likes of Picasso, Van Gogh, Manet and other artists that adored it for its strong effects as it's said to even cause hallucinations due to its wormwood compound.

Grande Absente is an authentic absinthe, made after the original recipe with only the best botanicals, including fresh anise, lemon balm, star anise, mint, mugwort and other herbal essences. A bitter liqueur, it contains more plants of absinthe and less sugar than their Absente expression. This one is bottled at 138 proof and has more than 35 mg of wormwood or thujone per liter, making it especially strong. Due to its distinct, shiny light green color and its bitter taste of fresh anise, it cannot be mistaken for anything else.

Get your bottle of absinthe today!

A distinct, clear green color. The nose has aromas of Absinthe Verte with hints of camphor and menthol as well as fresh anise and spices in the background. The palate is packed with a distinct absinthe flavor and vermouth notes. The finish is lingering and spicy.